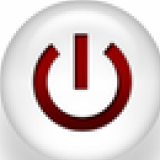 Expect to see more sneak peek swatches in the coming weeks as the holiday season has officially started (at least, for me!). I’ll be trying to get swatches up of the various holiday 2019 collections sooner rather than later and filling in with reviews as they’re ready! Today, I have swatches to share of the new, limited edition Charlotte Tilbury Starry Eyes to Hypnotise Palette and Bobbi Brown’s Luxe Gems Palette.

Charlotte Tilbury Starry Eyes to Hypnotise Eyeshadow Palette ($75.00) is a new, limited edition 12-pan palette that features nine shimmery shades and three matte eyeshadows.  It’s divided into four color groupings, though any combination of the shades could be used.  The palette was available for 24 hours earlier this week, though it’s expected to restock (and my guess is that it was more like “early access” with a full release to come).